Similar to a passionate artist that commits to his/her painting, we are dedicated to our vision, which values innovative thinking and strives to offer an exceptional level of client service through expertise and professionalism. As a result, CPM is now one of the leading international providers of Fiduciary and Corporate Administration Services in Cyprus, enjoying the respect of both its clients and its competitors.

WHAT WE PROVIDE Proudly Providing A Comprehensive Range Of Services

We provide a fully comprehensive range of services to our international and local-based clients, encompassing large multinationals, banking institutions, and high net worth individuals. Services include, among others, Fiduciary, Company Administration, Secretarial, Accounting & Bookkeeping, Escrow, Payroll, and Fund Administration services. Moreover, through our associates, we offer Aviation, Yachting, and Crew Management & Administration services. 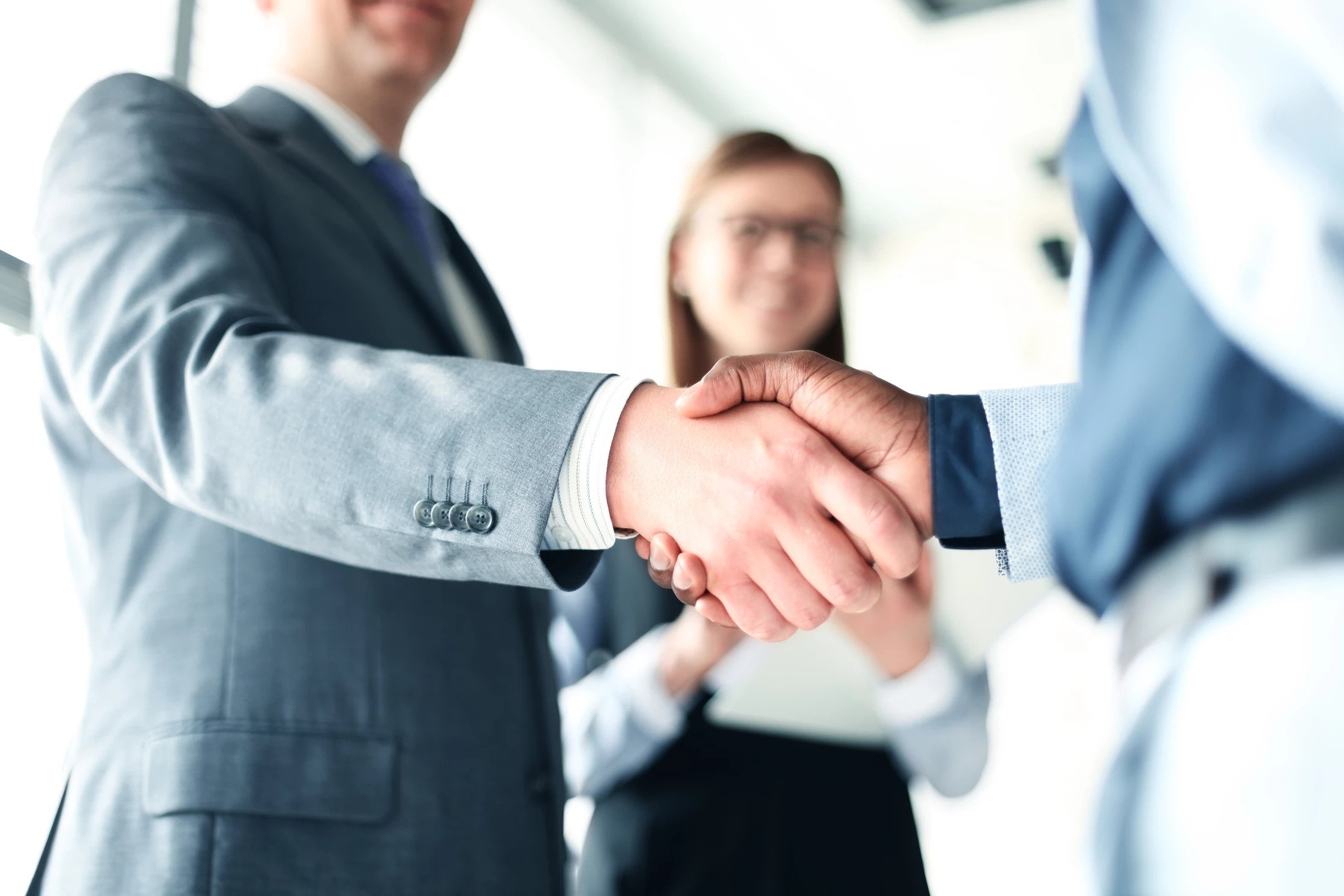 Extension To The Deadline For The Payment Of 2021 Annual Levy 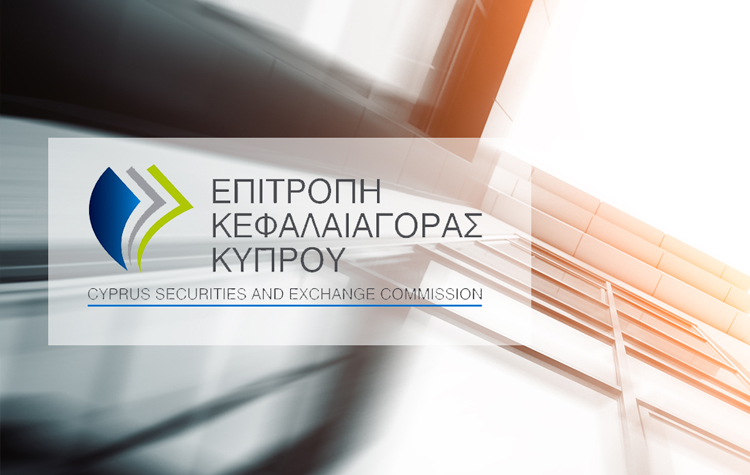 UBO Register Of Trusts And Of Similar Legal Arrangements

Cyprus implements Beneficial Ownership Register for trusts and similar legal arrangements Further to the introduction of the register of Beneficial Owners (BOs) for companies, on the 18 June 2021 Cyprus has introduced a similar register for BOs of Trusts and other similar legal arrangements (the “Trust Register”) to be kept electronically by the Cyprus Securities and Exchanges Commission (CySEC) which is the supervisory authority for the implementation and operation of the Trust Register. The Trust Register was implemented through CySEC’s Directive for the prevention and suppression of money laundering and terrorist financing (register of beneficial owners of express trusts and similar legal arrangements) (the “Directive”) which provides information and guidance in relation to the registration of express trusts and similar legal arrangements in the Trust Register. The Directive applies for express trusts which are defined as trusts created expressly by a settlor at his own will. Trusts arising by operation of law as well as trusts for which the settlor shows no clear intention for their creation are not considered to be express trusts. Registration of an express trust should take place in cases where: the trustee is located or residing in the Republic of Cyprus; or the trustee, which is located or residing outside EU, establishes a business relationship or acquires immovable property in Cyprus on behalf of the express trust. Information to be submitted The following information must be submitted for registration: For the trusts and other similar legal arrangements Name of the trust Country and date of establishment Applicable law Termination date (if applicable) Country in which the trustee is established or resides and details of his address In case the trustee resides outside the EU and establishes a business relationship on behalf of the trust in Cyprus, the date of commencement of the business relationship, the name of the person with whom such relationship is established together with the document which governs such a relationship In case the trustee resides outside the EU and acquires immovable property on behalf of the “Stated” (expressed) trust in Cyprus, the registration number and address of the immovable property together with the title deed of the property Any other information and/or supporting documentation requested by CySEC for identification purposes BO/s (trustee, settlor, protector, beneficiaries) Name, surname and father’s name Date and place of birth Nationality/ies Residential Address Type, number and country of issuance of identification document Date of death (where applicable) Date on which the person became beneficial owner The nature and extent of the rights which are directly or indirectly held by the UBO The role of the UBO in the trust or in a similar legal arrangement Any other information and/or supporting documentation requested by CySEC for identification purposes In case the Trust has one or more classes of beneficiaries, the following information should also be provided: Description of the class of beneficiaries and its members the nature and extent of the rights of each class of beneficiaries Deadlines and Charges A six-month period has been granted for existing trusts to be registered. For new trusts falling under either of the two cases, as well as for any changes in the information submitted to the Trust Register for trusts already registered, there is a time limit of 15 days from the date of appointment of the trustee or the date on which such changes were effected. CySEC has set a scale of charges for registration and renewal of registration of trusts as well as for retrieving information. Eligible persons/authorities for having access in the UBO trust register Eligible for having access without any charge to the information entered in the Trust Register will be the trustees and or any other equivalent person who has entered such information thereinto, as well as other competent authorities like the Unit for Combating Money Laundering and Terrorist Financing, the police, the Customs’ Department, and the Tax Department. Furthermore, any person or organization who may demonstrate a legitimate interest and who provides sufficient evidence in this respect , may have access to such information under a fee if the relevant application submitted to CySEC is approved. The procedure is set as follows: CySEC acknowledges with the trustees and or the equivalent person of the receipt of an application from a certain person/authority and the fact that they have initially established that indeed such a person or authority has a legitimate interest. If the trustees do not file written representations within 10 days as of the date it has received CySEC’s acknowledgment, then such a person and or authority will be given access to the information kept in the Trust Register. 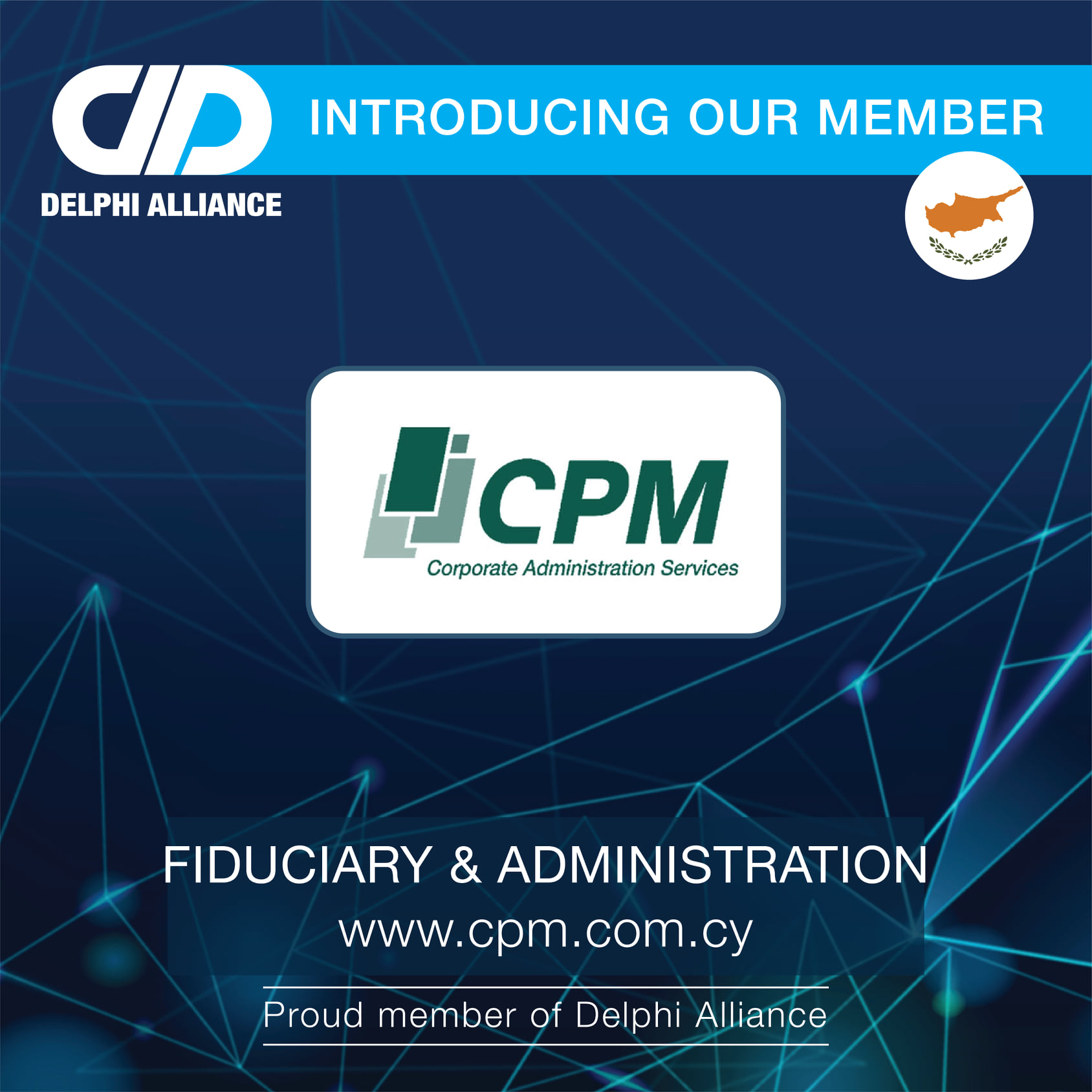 Cyproman Services Limited has become a member of a Network of Independent Licensed firms around the world, distinguished in their areas of practice in their country, offering a wide range of services, under the name “Delphi Alliance”. The objective of the Alliance is the linking of professionals from eleven different lines of services around the world and creating synergies and opportunities for the member firms. Although the members of the Alliance will be independent firms using their own brand name, operating under their own business and operational plans, they will be governed by the ethics, Bylaws and rulebook as set by the Alliance. For more information regarding the Alliance please visit https://www.delphialliance.com.

On the 21 September 2021, the Cypriot Tax Department announced a further extension to 30 November 2021of the non-application of administrative fines for DAC6 submissions i.e. in respect to the information on reportable cross-border arrangements under the European Union Directive on the mandatory disclosure and exchange of information.

Alert 2, 2021 UBO Register Of Trusts And Of Similar Legal Arrangements

Deadline for 2017 fee: 30/6/2017According to the Companies Law, all companies registered under the Registrar of Companies are liable to pay the 2017 annual fee up to 30th June 2017 and there are no exemptions to this fee.The annual fee of €350 for 2017 is also payable by companies incorporated from 01/07/2016 – 30/06/2017.The maximum of €20.000 in the case of a Group of Companies continues to apply.The Registrar of Companies will not receive documents for Voluntary Winding Up unless they are accompanied by proof of payment of the annual fee in the amount of €350 for all the pending years.Where a company is already in Voluntary Liquidation or Liquidation by the Court then there is no obligation for the payment of €350.The fee is payable on the website of the Registrar of Companies and on the JCC website. All content prepared by KPMG Cyprus. 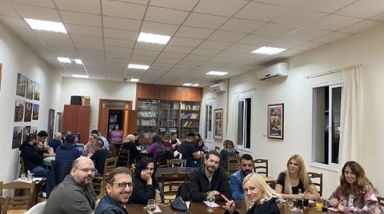 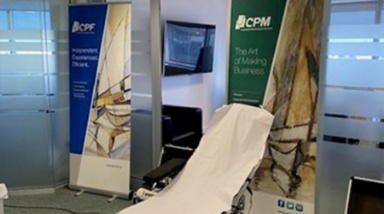 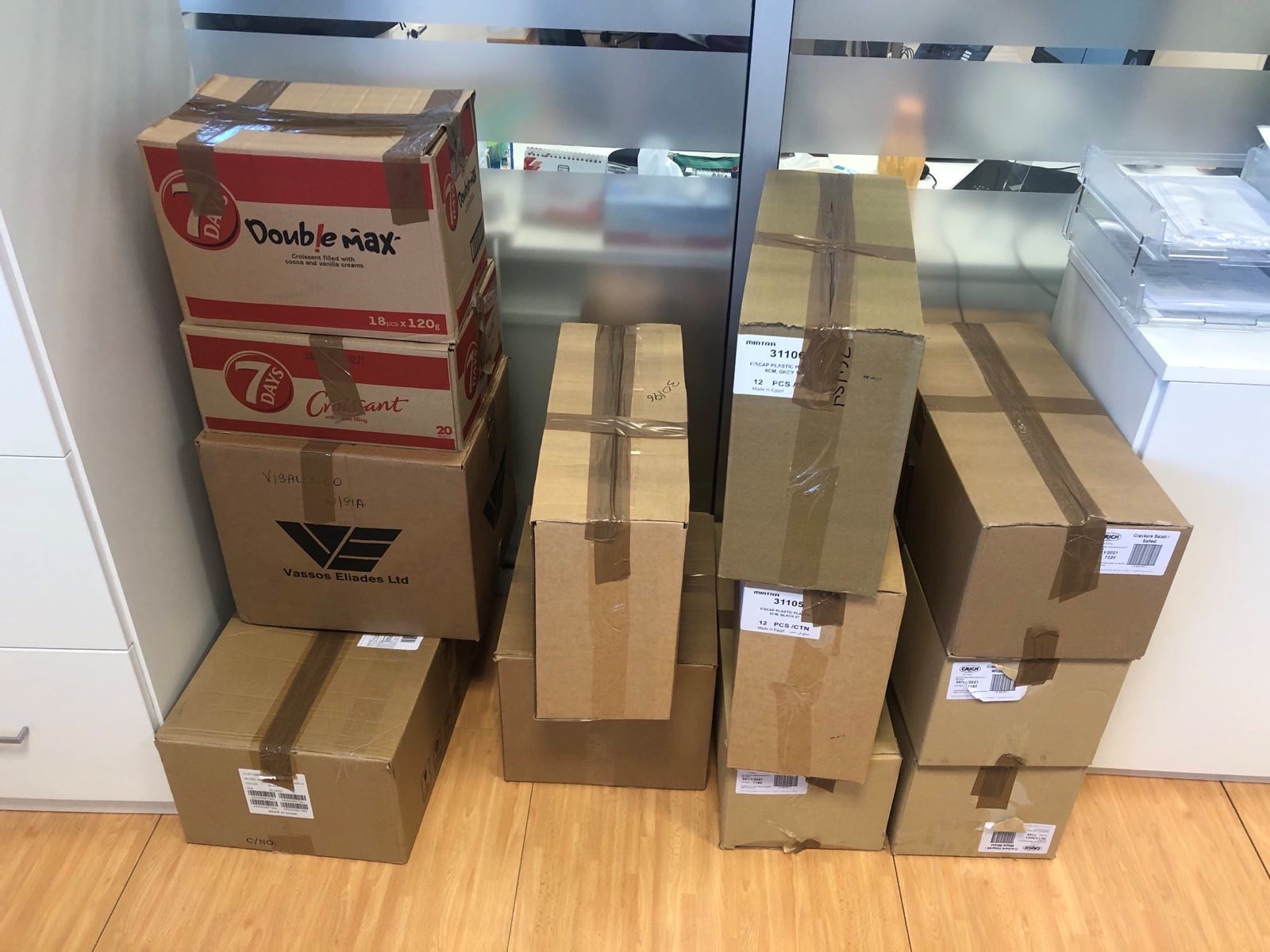 Fri Nov 2016 International Day for the Elimination of Violence Against Women
Mar Sat, 2022 CPM in Cyprus South Africa Business Forum
CPM was a proud sponsor of the Cyprus South Africa Business Forum, which took place between 11 and 18 September in the two major cities of South Africa, Johannesburg and Cape Town, with the mission to promote business cooperation and entrepreneurial synergies amongst the business circles of Cyprus and South Africa. The Business Forum, which was co-organized by the Cyprus South Africa Business Association, the Cyprus Chamber of Commerce and Industry and the Ministry of Energy, Trade, Industry and Tourism, CIPA, CIFA and the Cyprus Stock and Exchange Commission, involved the participation of more than 30 Cypriot businesses, including CPM, and more than 100 South African businesses as well as a number of officials from CCCI and the Ministry of Energy, Trade, Industry and Tourism, including the Ministry’s General Manager. During the Forum, Cyprus was presented as an EU jurisdiction of choice as well as a Business and Investment Funds Center. Special emphasis was placed on the opportunities for business development in the EU and other nearby non EU countries having Cyprus as an EU base.   CPM had the opportunity to meet with a number of prestigious law firms, accounting firms and service providers in both Johannesburg and Cape Town and to discuss particular ways of promoting Cyprus as a financial center. CPM would like to thank the organisers and participants for a most successful Business Forum. CPM is a leading international service provider operating from Cyprus offering the best possible tailor-made corporate management and administration solutions to each of our institutional, corporate and private clients in a multitude of international jurisdictions. This year, CPM celebrates 20 years of mastering the Art of Making Business! CPM is regulated by the Cyprus Securities and Exchange Commission under license number 56/196.
Jul Mon, 2016 goldnews.com.cy - 20 years of success
.
Jun Mon, 2016 goldnews.com.cy - CPM Celebrates its 20th Anniversary
.
Jun Fri, 2014 inbusiness.com - 20th anniversary
.

The Cyprus Economy Panel: Outlook for 2017-2018 & the Economic Challenges Going Forward
VIEW ALL 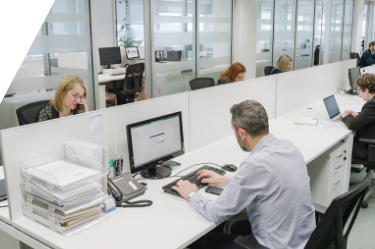 JOIN OUR TEAM Start A Career You Can Build On

We value excellence in terms that every job we take on will be treated with utmost dedication and passion. In everything we do, we aim to foster a diverse and positive working environment that is both beneficial to the client and meaningful for the employee. Apply for a career at CPM and discover a dynamic company where you will grow every day.